Welcome to the Kia Seltos Forum, please post an introduction

Hello and welcome to Kia Seltos Forum, the premier community for Kia Seltos owners from around the world. Please take a moment and post your introduction and let us know a little bit about yourselves.
B

Hi....I am Sean from Phoenix. I have been looking for a car like the Seltos for a long time. I have a RAV4 which I like, but I miss the smaller outside yet roomy inside that I had with my 2004 Scion xB. This is bigger than that , but it is not too big. 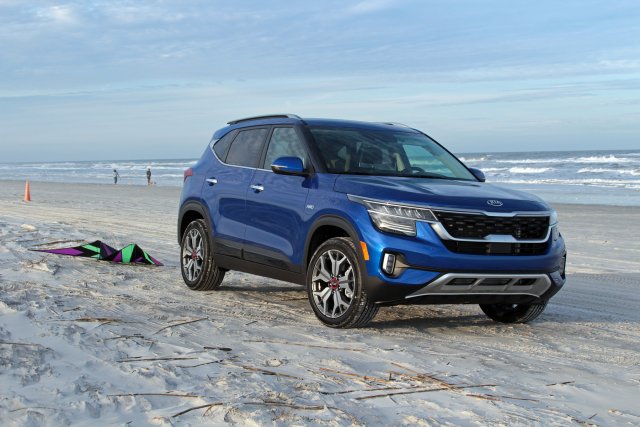 Hello! My name is Perry from Plymouth, MI and I just bought a 2021 Black Cherry Seltos SX. I pick it up on 4/24! Fired up for this ride as I did extensive research...thankfully I was able to compare to other vehicles before the COVID-19 outbreak. I will post pictures next Friday. LOVE this vehicle!!!

After a few delays because of our current situation, but finally signed the paperwork and she will be delivered tomorrow. I got to take her for a little rip by the dealership and HUZZAH!!!! This cures the Quarantine Blues!!!! 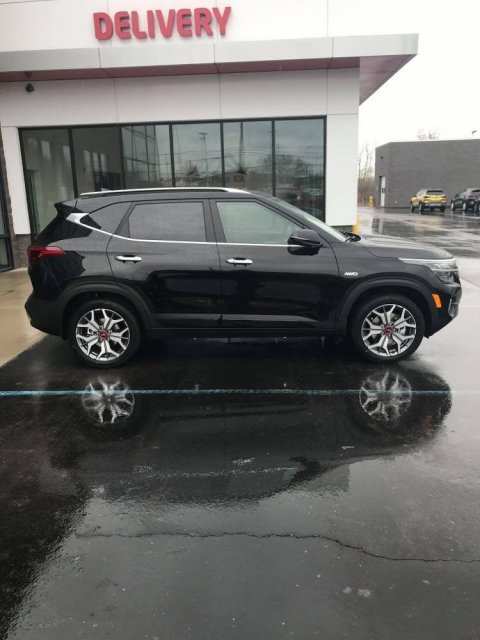 Fenris222 said:
After a few delays because of our current situation, but finally signed the paperwork and she will be delivered tomorrow. I got to take her for a little rip by the dealership and HUZZAH!!!! This cures the Quarantine Blues!!!! View attachment 98
Click to expand...
Congrats you'll love it

My name is Donna. I call Mansfield, OH, home. I am now the proud owner of a 2021 Neptune Blue KIA Seltos. Saying goodbye to my 2007 KIA Sportage. This vehicle is my third KIA. I’m looking forward to many miles of enjoying the Seltos. 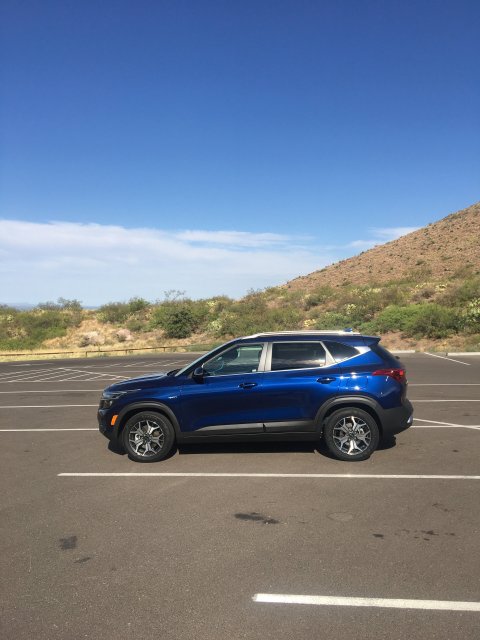 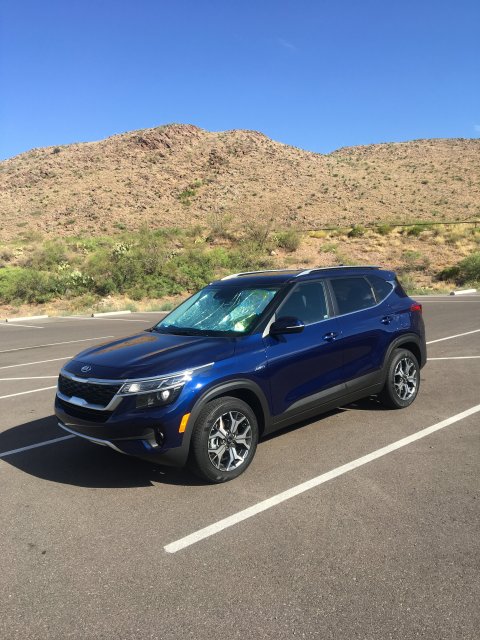 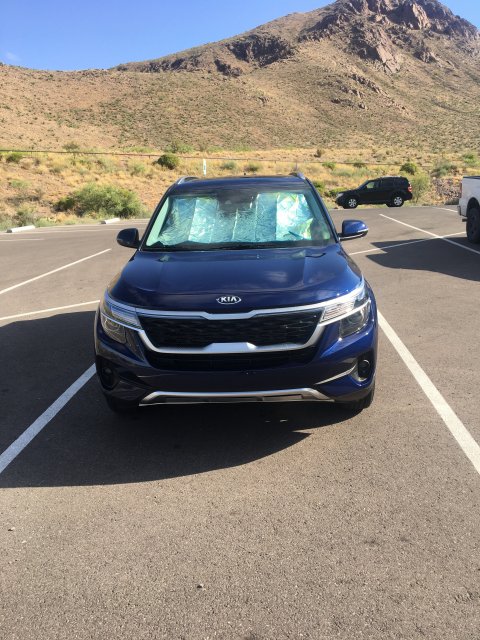 Hi, We're Bruce and Pam from New Jersey. We've been very happy owners of Sorentos and have just made the move to a Seltos SX. The new Sorento isn't coming out until early spring (or so we've heard) so we decided to go with the Seltos and brought it home today. We love it!! I'm a little curious as to how it will stack up against the Sorento this winter, fingers crossed. So far, we're really impressed with the power and handling.

Good Morning. Just picked up my Seltos SX on Saturday. Really like it. So many bells and whistles I'm almost overwhelmed.
R

Hi I got my Seltos in January 2020 Petrol 1.5 IVT HTX Love driving it and the feel

We just brought our Seltos SX home tonight. Stormy in Seattle with snow in the forecast. We will be testing out the AWD. Looking forward to getting to know the features. There are plenty of them.

I had been looking at the Mazda CX30. The 2.5l had nice power and I was very interested in trying their turbo version. The inside is very upscale as reported. We tried the CX5 turbo. It was nice but just a bit too big for our needs.
My wife wanted to try a Crosstrek. Subaru's are good cars. I have a 97 Outback. Runs great! A little long in the tooth but a good car. But the new ones have CVT's. I've always driven a stick and a CVT just wasn't going to cut it. Even with simulated shift points. Simulate the inefficiency the design is supposed to prevent just doesn't float my boat.

I was looking at many video reviews and became more convinced the CX30 was in our future. While looking for shootouts comparing the Crosstrek and the CX30 I found the Seltos. I had never heard of them but found them sharing top honors in many reviews.

The Mazda 6speed transmission was a feature I liked. The Dual Clutch transmission in the Kia was new to me but sounded interesting. Having always driven a clutch, two clutches without a clutch pedal sounded like fun.

We test drove the Crosstrek. A nice vehicle. It can probably crawl over rocky roads a bit better but it is kind of a dog. A quick lane change in heavy traffic can be risky. The spool up time seems pretty slow when someone is barreling down on you. It seems too stodgy and pedestrian.

The Kia dealer was just down the street so we popped in on a whim and took a drive. I wanted to try the CX30 turbo pretty bad but with none available I was glad to try the Seltos S. Wow! We were both really impressed! Took it on the freeway and the performance was impressive! The 2.5l Mazda has higher HP and torque but the Seltos feels way more powerful. I'll have to research why. I suspect the torque is available across a wider rpm range. It pushes you back in the seat in a nice way. The interior stands up well against the highly rated Mazda. You sit up a bit higher in the Seltos with much improved visibility.

We have a 4 grandkids who are in car seats today but I expect them to be bigger than both of us before long so the spacious layout in the Seltos was a big attraction. The CX30 is a good vehicle but the amenities in the Seltos combined with excellent performance and roomy interior sealed the deal. The Crosstrek was not in consideration right after our test drive. Well, especially since it was immediately followed the Seltos turbo.

I started looking for a turbo in the S trim but ultimately found a great deal on a fully loaded SX. The end of year creates extra incentives to move vehicles. It was a little trying over the holidays but it worked out in our favor. Ask for the deal.

Got this beautiful Blue/White Seltos SX yesterday.
I drove so many cars in last two weeks- I cannot remember them all. Rav4, Tiguan, Audi Q3, Outback, Mazda CX5 to name a few. Didn’t like CVT - my last car had it. Wanted turbo for the little boost for SF hilly roads. And knowing that I would own this car for next foreseeable future- I didn’t want to compromise on infotainment and all the safety and tech. I loved the complete package Seltos SX offers. The dealer didn’t budge at all on price which was bit bummer. But it has all bells and whistles and more. It looks great inside and outside. I love the it! 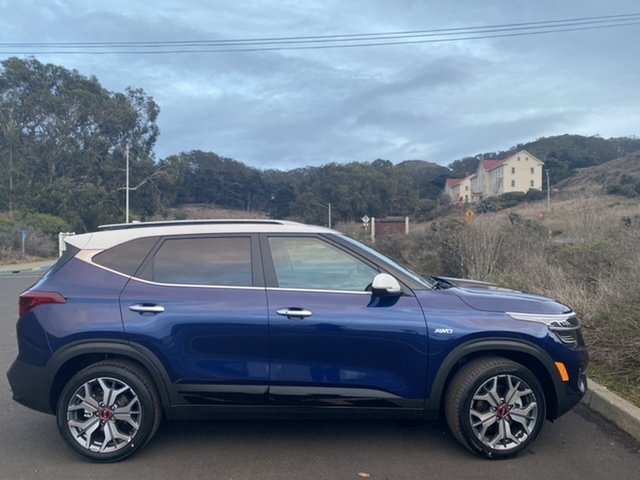 Hi Tony from the Houston area. Picked up our Seltos EX in October and took it on it’s first road trip the following month. Love it !! It’s smaller than what I used to drive , but the handling is amazing.
A

Went in for an oil change around 12:30 this past Friday, on my 2016 Soul !, was then going to refinance it at 2:30. Fast forward to 5:30, left dealership with this gorgeous car! Seltos EX, Neptune Blue, with light grey interior. 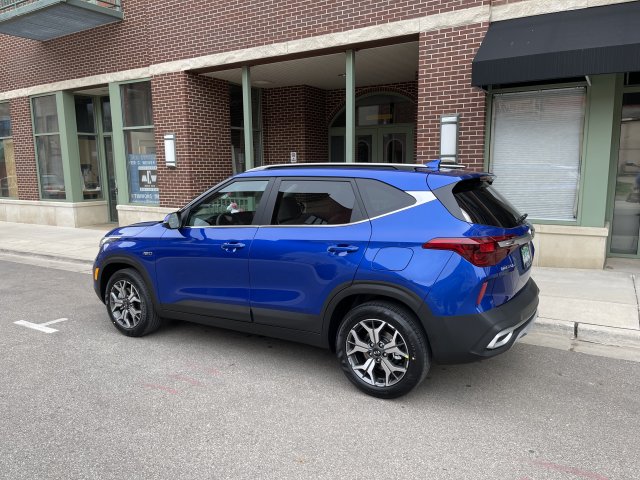 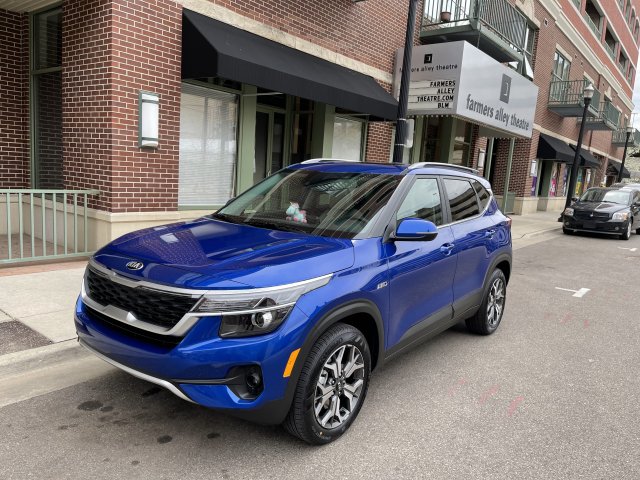 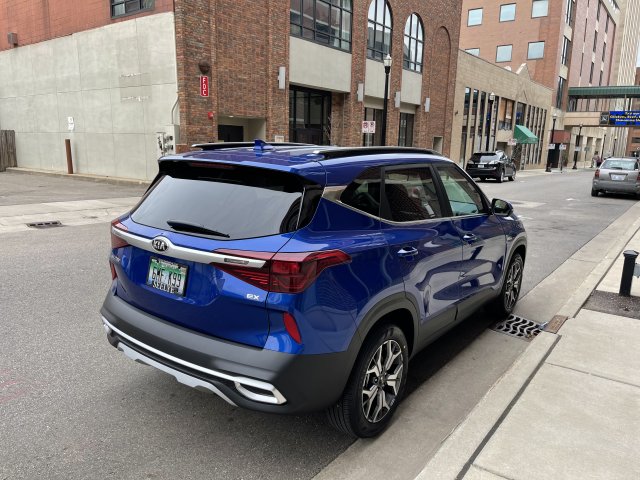